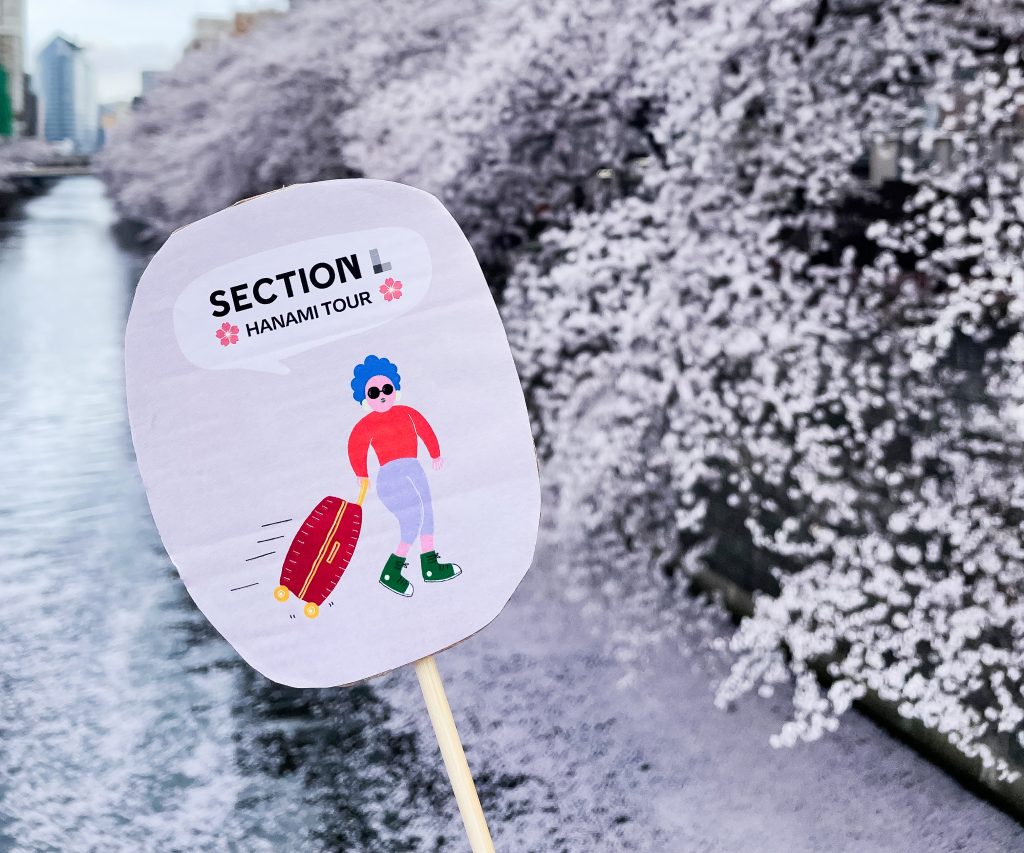 Together with our blue-haired obaasan, I traveled to 6 sakura spots in Tokyo over a week and share some of my observations.

This park in Taito-ku has more than 1000 cherry blossom trees and consistently comes up as one of the top spots to see sakura. It’s huge. If you aren’t careful, you could end up spending the whole day in there because there is a zoo, four museums, three temples, a shrine, and a pond where you can ride a swan boat, which honestly, is the best way to see Tokyo. A few photos of interesting things below.

This park sits right at the base of Tokyo Tower! The sakura are best seen along the road next to Tokyo Tower Studio. I saw a lady on a video call with two elderly people, presumably her parents. It was heart-warming hearing her exclaim to them how tall Tokyo Tower is and how dense the sakura was. In case you were wondering, Tokyo Tower is 333m. It’s roughly half the height of the Tokyo Skytree.

For the first time in a week, I managed to catch some sun. Together with Aki, my coworker, we ran an Instagram Live in Sumida Park. It’s only a 20 min walk away from our apartment-hotel in Asakusa! Around us were multiple groups of children, mostly kindergarteners. Sporting their little caps and backpacks, they raced around each other as parents and teachers tried to usher them into place for a photo-taking session. My favourite scene however, was a couple posing for a photo with their pet rabbit. You can spend half a day just walking along both sides of the river; it feels like the line of sakura trees never end.

Even if you have not heard Meguro River, you probably recognize the classic canal shot framed by branches overflowing with sakura on the sides. Like everyone else, I stopped at each mini bridge along the path to capture my own classic shot of the place. At one of these bridges, a foreign lady asked an older Japanese man to take a photo of her with a disposable camera. He was initially unsure but gladly obliged after the lady explained how to use the camera. Cute.

Chidorigafuchi Moat is a 700m long walking trail on one side of the Imperial Palace. Though I was there in the early afternoon on a weekday, it was still quite crowded. There was a little tent set up where volunteers handed out free maps in various languages. Further up, queues formed where the swan boats were. I tried hard not to walk into swarms of gnats but may have inhaled one or two. Who knows? 🥲 It seems I was on a roll with spotting people taking photos of their pets in front of sakura. There are benches along this walking trail, so I can recommend packing lunch and having it there.

Located just next to Harajuku station, this park was famous for rockabilly dancers pre-pandemic. As I was marvelling at the canopy of sakura trees close to the entrance, I noticed a man approaching with many dogs trotting alongside. It was the one and only @japandogwalker. All smiles, he kindly stopped to let me take a photo. This year, the area beneath the sakura trees were bordered off to discourage picnics so the only ones privileged enough to enter the area are the countless crows around the park.

Through the week, I heard people expressing how beautiful and amazing the sakura trees were. After counting, I’m certain I heard a total of 351 kirei and 167 sugoii. Save these spots to drop by the next time you’re in Tokyo for spring 🌸🌸🌸

Want a quirky dose of Japan?

Be the first to know of promo codes, exclusive events, and when Godzilla attacks Tokyo again.

Want a quirky dose of Japan?

Be the first to know of promo codes, exclusive events, and when Godzilla attacks Tokyo again.

Scroll back to top